With the strong conventions and shared best practices of Ember.js, developers can join a project and understand what‘s going on quite quickly. They still have to know these conventions well enough so that they can write code that follows said conventions.

Perhaps even more importantly, there's a huge difference between being able to understand someone else's cleanly written code and internalize the concepts of the framework well enough to write that kind of code. The kind that costs a lot less to change and maintain.

This training will give your team that productivity and code quality boost and unlock the leverage that Ember.js can yield when you know how to work with the framework.

(Already convinced you need the training? Email me to discuss the details.)

“Our team went through Balint's Ember training with only negligible knowledge of the framework, before we started working on a new application for a client. The course was intense, but he managed to make us understand how things work in ember and later on our project was a success. We're using Ember happily ever since.”
Lajos Jablonszky
developer at 100Starlings

This training is for developers who start out with Ember.js or who have been using it for less than a year. Going through the training will give participants a solid foundation to build on and reap the productivity benefits of comprehending the framework at depth. The training covers Ember.js 3.

The flow of the training

The application we build is contained in a repository I give attendees access to before the training, with attached instructions about how to set it up. This is so that each of them can set up the app on their machine and no time is wasted with technical preparation and support during the training.

For each training module, I first give a short overview of the theory and then explain what we‘ll build. After that, attendees implement the feature (or features) for that module while I‘m helping them with any potential problems. As I strongly believe that we learn best by doing, we‘ll spend a lot less time on theory than practice.

All modules will have checkpoints so that attendees can jump straight there with their code and start implementing the next exercise without wasting any time.

So... how does the training actually happen?

I allow for some flexibility about the exact details of how the training happens, but there are a few things that I insist on: 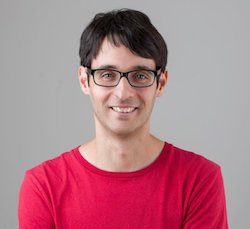 I‘ve been working with Ember.js since January 2013 as a developer and consultant and realized very soon I wanted to teach the ins and outs of the framework to other developers. Over the years I produced a ton of teaching material in the form of screencasts, blog posts and the Rock and Roll with Ember.js books.
I also gave presentations at various Ember- and JavaScript related conferences (including EmberConf ‘17) and held topic-specific workshops and extensive trainings.
Consequently, the number of people who read or watched something I created is quite large and I‘ve been asked many good questions and faced many teaching challenges. Based on these, I'm constantly improving my explanations, incorporating feedback, and tweaking what topics to focus on, to be a better teacher.

If you think such a training can be beneficial for your company, write me an email so that we can have a short call to discuss the details. I‘ll then send you a short proposal and we'll take it from there.