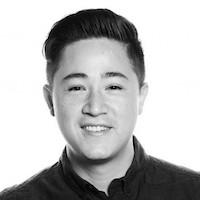 Hello! My name is David Tang. I've been a web developer for 12 years and working with Ember for about 6 years. The technologies I have primarily focussed on in my career have been Ember and Laravel. This year I published my book Pro Ember Data with Apress. Currently I work at a startup called AuditBoard, where we do use Ember! I also teach web development courses part-time at the University of Southern California (USC) for the Information Technology Program (ITP), bringing practical and modern technologies to the classroom.

Which part of the world you are from?

I first looked at Ember in early 2014 when I watched CodeSchool's course, Warning Up With Ember.js. I completed the course, but Ember Data confused the heck out of me so I went on to learn Angular.js.

A few years later, I started looking at Ember again when I was working at Skechers and building their website with Backbone and Marionette. I found it challenging to build interactive experiences with Backbone and Marionette, so I started looking to Ember for patterns that I could borrow since it was recognized as being a framework. In that Backbone application, I ended up building a simple container, a data store, and a computed properties library for Backbone, all of which were inspired by Ember.

I eventually moved on from Skechers to Verizon Digital Media Services (VDMS). The team was using Angular.js. At that time, it had been recently announced that Angular.js wasn't going to be backwards compatible with Angular 2 or have an upgrade path. I pitched Ember to the team because they were already thinking about switching to something else because of the Angular.js news. It wasn't unanimous in the beginning but after a few months the team agreed and we moved forward with Ember. At the time, React was still very new and didn't have the marketshare that it has today so I never considered it and no one else suggested it. If you're interested in reading about that migration from Angular.js to Ember, you can read an article I wrote on the VDMS blog, From Angular to Ember.

Rock & Roll with Ember provided a great foundation of the fundamentals and conventions of Ember when I started learning the framework. I remember it being very straightforward to read and I finished it pretty quickly. I don't remember anything specific from the book because it's been a long time since I've read it, but I do remember always recommending it to those new to Ember. It was, and still is, the best resource out there in getting started with Ember.

At Ember Fest 2019, Chris Thoburn gave a really interesting talk about the future of Ember Data. I'm not sure what the status is of any of the ideas he discussed, but I'm definitely interested in what the future holds.

I'm also very excited for the deprecation of older Ember APIs. I love working with Ember Octane paradigms and I'm excited to see those older patterns no longer in use.

I read almost every blog post in Ember Weekly. I listened to every episode of Ember Weekend. I watched all of the Ember courses on Pluralsight. I subscribed to Ember Screencasts. I read Erik Hanchett's book, Ember.js Cookbook. I attended the online Global Ember Meetup events. I watched every video from EmberMap. Unfortunately, these resources are either outdated or aren't very active anymore.

I also attended EmberConf and signed up for the trainings the day before, one of which was with Balint on Secure Authentication with OAuth 2.0 in Ember. That was a great training! The trainings are one of my favorite parts of EmberConf.

Today, I stay up to date with Ember through The Ember Times newsletter, the official Ember blog posts, what other Ember developers are sharing or talking about on Twitter, and the occasional EmberMap video. I also attend the Ember LA meetup events, where we've had interesting discussions relating to Ember.

Yes! I'd personally like to learn more about building accessible JavaScript applications and the tools available in Ember to help with that.

I haven't built any serious side projects with Ember, but I have spent a lot of time tinkering with Ember and writing blog posts about what I've learned, which you can find on my blog at davidtang.io.

Were there any challenges or stumbling blocks while you were building your app(s)?

The biggest stumbling block while building applications with Ember was learning how to use and customize Ember Data. In my previous job at VDMS, I was working with a lot of APIs that were unconventional and inconsistent. This made it challenging to integrate with Ember Data out of the box. This is where my first book Ember Data in the Wild was born. Now that I have learned how to use and customize Ember Data, I can't imagine building an application without it.

Before COVID, I was playing in a few adult ice hockey leagues. These days, I like to go for long bike rides by the beach and listen to audio books and podcasts on financial independence.

I can be found on Twitter @iamdtang and my blog where I pretty regularly share what I've learned.