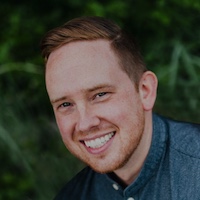 I'm Ben Borowski. I am a designer, developer, and firefighter. I've been making apps, games, and websites since about 2005.

I began with Ember just prior to 1.x in around 2014. I was building a new platform doki.io, starting with Angular 1. I was really confused by it and when I discovered Ember, it was a breath of fresh air, being immediately familar since I had a background in Ruby on Rails.

I read RaRwE and it got me over some confusing application design humps. I'd never made an SPA before, and it was super helpful to build an app from end-to-end to learn.

I also read version 3 of the book when I returned to Ember after some time away from the framework. In this case, it served as a great refresher and introduction to concepts I had yet to explore such as glimmer and angle-bracket components.

That and the @use RFC.

I also ran the Ember meetup group when I lived in Vancouver, BC. Got to learn alongside lots of great folks.

Are there any (side-)projects that you’ve built in Ember? What is it about?

Were there any challenges or stumbling blocks while you were building your app?

Typically Ember upgrades were the most challenging for me. I also struggle with testing. On the whole, I find testing with javascript quite much more difficult than something like Ruby.

About a day a week these days.

Firefighting and learning how to work on cars. Video games.